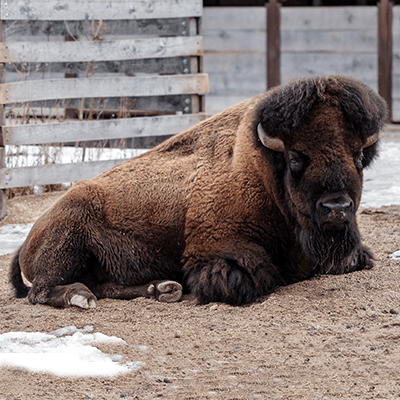 Social animals arranged in groups according to age and sex. Cow groups are mostly comprised of females and males under three years old, with a few older males. Males are either solitary or live in groups of 30 or more. Females have one calf per season, which they nurse for 7 – 8 months. The female fully weans the calf off of her milk by the end of the first year.

The conservation status of the American Bison is classified as near threatened. 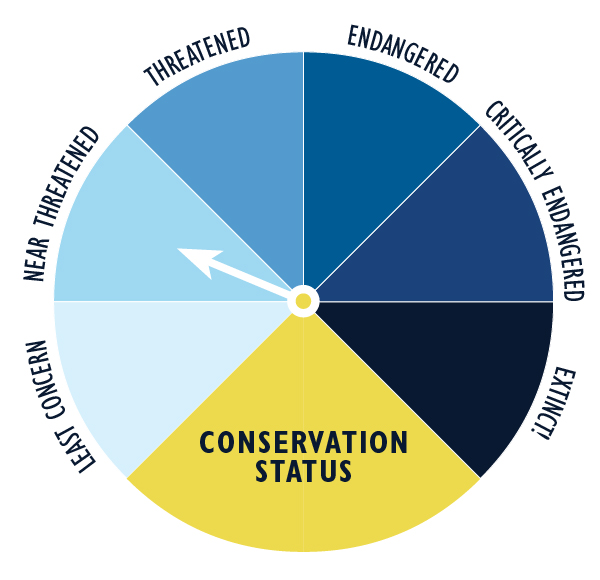