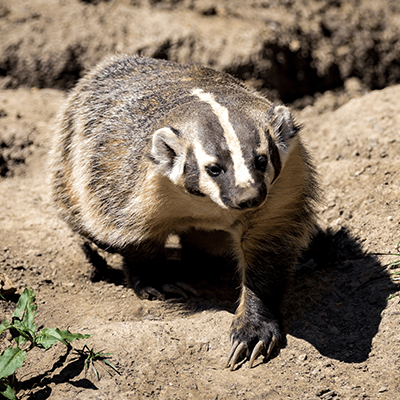 Did you know? Wisconsin is called the “Badger State” because of the lead miners that lived here in temporary caves cut into the hillside in the early 1800s.

Badgers mate in late summer or early fall, once per year. Litters range from one to five offspring, with an average of three. Baby badgers are born blind with a thin coat of fur, and they are independent in just five to six months!

The conservation status of the American Badger is classified as least concern.